Swimming world presents - Before the beep: with olivia smoliga

Olivia Smoliga, by her own accounts, has officially made it! “I made it when I was able to go into work every day without feeling like I was doing work—I was simply loving what I do.”

“Work” looks a little different for the 2016 Olympic gold medalist and 14-time champion at Worlds (4 LC, 10 SCM) between 2012 and 2019. While work for the non-professional athlete might involve going to school, studying for an exam or working on a presentation, Smoliga’s work involves countless hours and laps in the pool mixed together with tough mental and physical preparation. And her big payoff would be qualifying for her second Olympic team in 2021.

Smoliga’s list of accomplishments are impressive. She was named Swimming World Magazine’s 2013 High School Swimmer of the Year and is the current American record holder in the 50 meter backstroke (27.33). She also placed first at the 2016 Olympic Trials, beating out heavyweight backstroke names such as Missy Franklin and Natalie Coughlin for the team.

“I feel like I’ve ‘made it,’ but I also feel like I have barriers I want to break. I’m still working toward my greatest accomplishment. If I’ve already had it, then I’m not learning.”

That sense of always learning goes hand-in-hand with Smoliga’s view that to be truly mentally prepared, you have to be in tune with yourself. She says swimmers should continually “check in on themselves” because nobody knows them better than themselves!

“In the age of social media, focus on other people has taken away from the focus on ourselves. All of that energy that I’m focusing on someone else could be harnessed instead,” she says.

Coaches often tell their swimmers, “Stick to your own race”…“Focus on your work”…and “Visualize, then enact your plan.” Smoliga is a testament to the fact that this advice works, and she’s more than happy to share her pre-race mental preparation routine with other swimmers because, says Smoliga, “We stress a lot about what happens in the moment…but as long as we’re working hard, everything will be fine.” 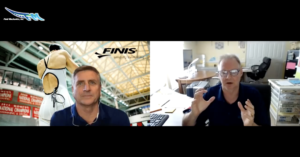 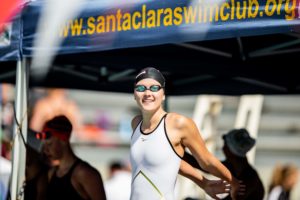 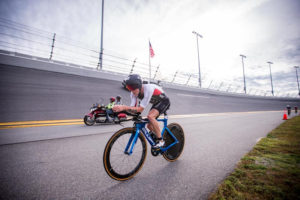 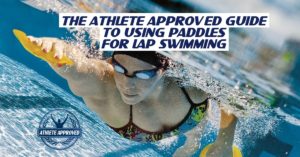